We’re past Christmas and into January, which means one thing: Chinese Lunar New Year is coming up! Of course, the reason why Chinese New Year or Lunar New Year is later each year than international New Year’s Eve and New Year’s Day is because it’s based on the Chinese lunar calendar.

We’re past Christmas and into January, which means one thing: Chinese Lunar New Year is coming up! Of course, the reason why Chinese New Year or Lunar New Year is later each year than international New Year’s Eve and New Year’s Day is because it’s based on the Chinese lunar calendar.

This Lunar New Year that corresponds with most of 2023 is the year of the rabbit.

The rabbit is considered the luckiest of the Chinese zodiac animals. People born under the rabbit sign are thought to be calm, sensitive, and detail-oriented. Unlike New Year’s Eve/Day based on the Gregorian calendar, Chinese New Year celebrations last much longer. New Year’s Eve according to the lunar calendar falls on January 21st this year, and the lantern festival symbolizing the culmination of the new year’s festivities will be on February 5th.

In China, the Lunar New Year celebrations are a seven day-long public holiday. And while that’s not the case in the US, the diaspora continues many of these celebrations associated with the occasion.

For example, New Year’s Eve has some similar aspects to it as the Gregorian New Year’s Eve such as staying up until midnight to mark the official beginning of the next year. On New Year’s Day itself, families traditionally gather with the husband’s family, while the day after, families visit the wife’s family. The following handful of days each have their own associated customs and activities.

Although specific celebrations vary by day during New Year’s festivities, there are some superstitions, rituals, and activities that last throughout it all (or throughout most of it, for some), that are generally based around ensuring good luck and fortune in the coming year. For example, red is a color that’s associated with good luck, so you’ll often see that incorporated with celebrations. Another custom is avoiding cleaning or sweeping your house — other than one day when it’s allowed — because of the thought that you could be “sweeping away” good luck. For this reason, people will often clean right before New Year’s celebrations. After these many days of festivities comes the Lantern Festival.

As we noted earlier, this is the culmination of the week-plus of this holiday! It’s during the lantern festival that we see not just a mass of lanterns take over the outside, but the famous dragon dances and street celebrations.

The tradition of the lantern festival is generally believed to be over 2,000 years old, and has lots of romantic, hopeful associations. You’ll also see lanterns of all sizes and designs, with some quite simple and others ornate and eye-catching. Of course, the idea of the Lunar New Year in Western countries often conjures up overwhelmingly imagery from Chinese celebrations. In many ways this makes sense; after all, the Chinese diaspora is much larger than, say, the Malay diaspora, plus many East and Southeast Asian Lunar New Years have customs that evolved from Chinese New Year.

But in truth, loads of cultures throughout this part of the world have their own traditions based on the lunar calendar. There are Lunar New Year traditions in Korea and of course Taiwan too, as well as all over Southeast Asia in Malaysia, the Philippines, Vietnam, Singapore, and elsewhere.

For example, similar to Chinese tradition, many of these countries also consider it “best practice” to not clean your house during the New Years’ time.

On the other side, there are almost endless traditions distinct to these cultures and separate from Chinese New Year. This could be traditional dress of the time — Vietnam’s slitted silk tunic, áo dài, for example — to traditions for when the clock strikes midnight, like in the Philippines where children are encouraged to jump as high as possible at that exact moment to encourage growing tall! There are different foods, different lengths of celebration… different everything special to each culture’s celebration.

Throughout the world, Chinese Lunar New Year marks a time for optimism, celebration, and togetherness. We hope you’ll feel those vibes too! 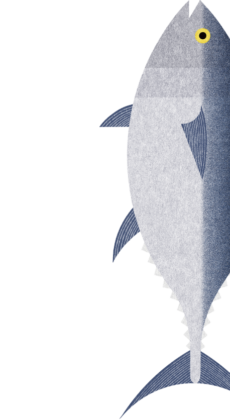